Our founder, Josh Merwin, has a background in sports photography and filmmaking. While looking for an interesting and impactful story about an athlete, he found the story of Carson Kainer, a University of Texas baseball player who needed a kidney transplant to save his life and allow him to chase his dream of playing professional baseball.

Josh documented Carson and his family’s life for over 6 years and then again once Carson’s son started playing baseball. Hoping to make a major impact for organ donor awareness, he needed a platform to generate awareness for the film and the importance of organ donation. Josh realized one major issue, there was not a major sports film festival in the US. Josh began to formulate a plan, knowing there were more filmmakers like himself that needed a festival platform to launch their projects. Josh is a Houston native and once he decided to start a sports film festival, he knew that Houston would be the perfect place to host. In addition to supporting organ donation, HISFF will also have a track of programming that will highlight the importance of racial equality. We will use film as an educational tool to help carry on the conversation as we lead up to the festival in 2021.

Josh wants the festival to open opportunities for other filmmakers and show films that make an impact on the audience and the world! With your help and support, we can make this dream come true for generations of filmmakers.

One of the reasons HISFF founder Josh Merwin wanted to take submissions now is so that we can give back by hiring those people in the film industry to watch and review the film submissions. It is our hope that this opportunity will give filmmakers a reason to look to the future with excitement and positivity for what is to come. Our goal will be to give filmmakers who are making submissions in the early submission deadline, an actual review of their film. We will do our best to extend this through the rest of the submission calendar, if possible. We know the film festival submission process can be an uncertain investment and the HISFF looks forward to giving filmmakers a more substantial return on their invested time and money.

We have partnered with Event Horizon Films to create a script writing contest for the festival. Enter your sports script into our Sports Script Championship!!!

We are also having an art contest for kids! Create a Mini-Mascot for the film festival. Please ask your kids to use their imagination and make a character that represents Sports, Film And Houston!

Please contact us via email if you have any questions.

Why we need your financial support…

In addition to funding the festival, your support will allow us to give back by:

Continuing the conversation for racial equality, through a track of programming focusing on athlete activists.

Hiring filmmakers to give directors a review of their submitted film.

Allowing HISFF to be a platform for filmmakers to launch their films and careers.

We are fortunate that we can receive tax-deductible donations through our fiscal sponsorship with the Houston arts organization SWAMP.

Please help us by donating below!!!

We lost such a legend yesterday. So sad to hear of the passing of Chadwick Boseman on Jackie Robinson Day. He played Jackie Robinson, who broke the color barrier for MLB in "42." He has inspired so many with his incredible performances of heroes, becoming a hero in his own right. https://t.co/A2pSq9fhF5
View on Twitter 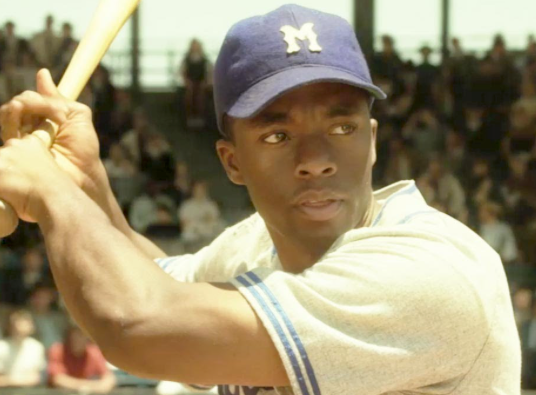 This is a great way to start my morning! A little reading material #TaleoftheTee by the amazing @bkfulton about the astounding success of “people on the margins” and their impact on our everyday lives. Plus my… https://t.co/PZBdkueXmB
View on Twitter
0
0

Hey Guys! Watch me on the @abc13houston facebook page today at 2:05 PM ET/ 1:05 PM CST talking all things https://t.co/u6YNfRGGVu with @davidnunoabc13 and Raheel. Honored to bring this new festival to my hometown!!!
View on Twitter
0
1

Thank you for having us on today's show, @DTGoteraKHOU! Catch this clip of Josh Merwin talking about our new film festival headed to #Houston in June 2021 on KHOU-TV. https://t.co/wKroYyKY1j
View on Twitter
0
0

Check out founder, Josh Merwin, talking about the Houston International Sports Film Festival on the local Telemundo channel in Houston. Thank you for having us on the show, @OrtizSportsTV! https://t.co/vZcR65AgpG
View on Twitter
0
0

Need to connect with us?